You are here: Home / Blog / From Titanic Tea to Speakeasy — a busy start to spring!

For those of you who joined us for our two newest fundraisers — the Titanic Tea Party held on April 15, and the launch of our Speakeasy Series on April 24 — you know that April was a very busy month for our Jeffco Library Foundation! Along with those most recent events came an excitement for the latest in our fundraising endeavors, and great anticipation for more to come. 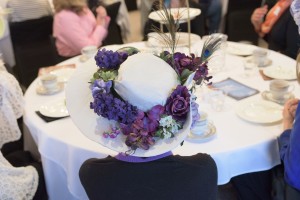 Take the Titanic Tea Party for example. This was a first-time effort by our team to bring together history lovers, history readers and those with a passion for reminiscing about that legendary ship, the Titanic, and an iconic figure from early Denver society, Margaret “Molly” Brown. The tea party took place that Friday afternoon at the Molly Brown Summer House in Lakewood, and our audience of nearly 130 guests slipped right into the mood by donning turn-of-the-century hats (generously donated by 3 local theater troupes) while enjoying finger sandwiches and petit fours. Our entertainment came in the form of Molly Brown herself, portrayed in first person by Janet Kalstrom from the Molly Brown House Museum in Denver. 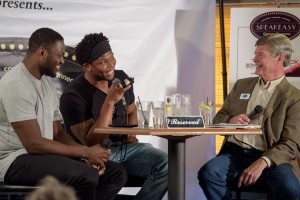 Just a few days after that stroll down memory lane, the Foundation jumped to a more contemporary theme by hosting our first Speakeasy Series event at Lakewood’s Ironworks Brewery & Pub with two sports figures from Denver’s pro football team — Tight End Virgil Green and Linebacker Shaquil Barrett. Fans and families packed the room and were decked out in traditional blue and orange as they submitted their football-related questions. The answers were dealt back in an easy, conversational format guided by our emcee, Neal Browne, formerly of 9News. Check out the video of the event coming soon to this website!

If you missed out on either of these occasions, mark your calendars now for next year’s Titanic Tea Party on April 14, and stay tuned for more in our Speakeasy Series coming later this year! 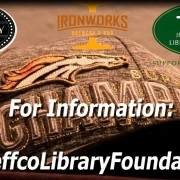 What Would You Ask Virgil Green & Shaquil Barrett?