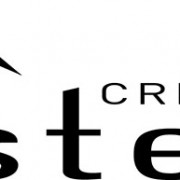 We’re proud to announce that Westerra Credit Union is the Friends of JCPL 2017 “Champion” sponsor! Westerra will sponsor both Whale of a Used Book Sales in spring and fall, as well as Holiday Sales and Friends events throughout the year. That’s not all! They are also providing reusable book bags that will be distributed free of charge to all book sale attendees.

Community sponsors, like Westerra, make it possible for Friends of JCPL to give even more to the JCPL programs we love, like Summer Reading and Early Literacy programs for children.

As a not-for-profit credit union with roots in education, the partnership is a perfect fit. Westerra Credit Union was formed by eight school teachers in 1934. The educators pooled their funds in order to make loans to other teachers.  Its purpose was to put the members first when offering financial services, treating members as valued owners.

“Education is a building block of our credit union as we were started by teachers over 82 years ago and focus on providing financial education to individuals and families,” said Dana Russell, Manager of Marketing and Public Relations for Westerra Credit Union.  “By supporting organizations like the foundation, we are able to help provided services that reach entire communities and make a difference.”

Today Westerra has grown to more than 15,000 members, returned $16.7 million last year to members in lower fees and better rates, and holds a 5-Star Bauer Financial rating – consistently achieving, the Sustained Superiority Award, ranking Westerra among top 10% of credit unions nationwide. In fact, Westerra was featured in the Denver Business Journal as number eight among the Top 200 Healthiest Credit Unions in America in an analysis by depositaccounts.com, a website known for helping consumers find the best rates.

With Westerra’s focus on community-building, it’s no wonder they value Friends. “The alignment with the Jeffco Library Foundation and the programs of JCPL is a great fit for us. Westerra is a locally owned credit union and all of our profits are returned to the people who use our services. This model strengthens communities as we keep more money working locally and to support other organizations with the same philosophy,” Dana Russell said.

Join us in welcoming Westerra Credit Union as a Friend and partner!

Learn more about becoming a Friend of JCPL. 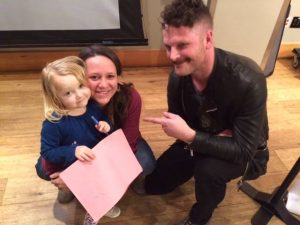 One of the youngest, and possibly the cutest, drummers of the evening meeting Ben Wysocki (The Fray).

Brian, Nate and Ben fielded questions from an audience of fans and budding musicians on music, production, practice and their personal pathways to success. The audience was so engaged many of them lingered to talk with the drummers long after the program was over!

We also took the opportunity to educate this audience of 20-to-40-somethings on the magic of the Library. A slide show presentation, which was reinforced by library fun facts on Speakeasy question cards, highlighted the Library’s digital assets, including Hoopla, Lynda.com, Flipster and Zinio.

This unique Speakeasy also gave us a great opportunity to forge relationships with some valuable new community partners, including the City of Lakewood, City of Denver Arts & Venues, Shawn King, Colorado’s Music Ambassador, and, our sponsor, Drum City & Guitar Land. Our thanks to these partners and to all those who attended the event!