0 years ago, the nation was shocked by the horrible death of JonBenét Ramsey, the tiny, six-year-old beauty pageant princess who was found tortured and murdered in the basement of her Boulder home in December 1996. It was a homicide that rocked our Colorado community, and yet the case has never been solved. 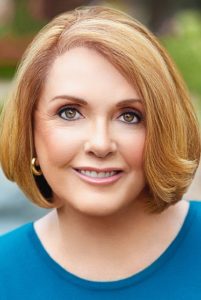 Paula Woodward, an award-winning author and former investigative journalist from Channel 9, KUSA-TV, reported on that story from its very beginning. In 2016, Woodward wrote a book about the murder, unveiling the evidence, interviews and police reports – including details that even the crime scene investigators missed! The title of her book begins with the killer’s own four ominous words scrawled in a ransom note found at the crime scene – We Have Your Daughter: The Unsolved Murder of JonBenét Ramsey, Twenty Years Later.

Woodward’s in-depth account of events surrounding JonBenét’s death were the focal point of Murder, She Writes!, a fundraising luncheon and audience-interactive conversation hosted by the Jefferson County Library Foundation (JCLF). Neal Browne, Woodward’s former KUSA colleague and a JCLF Board member, served as the event emcee.

The benefit was held on Friday, April 27, at the Club at Rolling Hills, 15707 W. 26th Avenue in Golden, and Woodward’s book was available for purchase and signing at the lunche 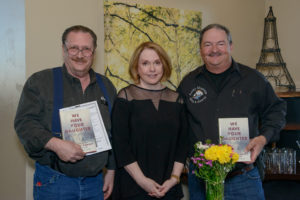 Stay tuned for other JCLF-sponsored events that are coming soon! 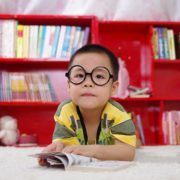 Public libraries are a valuable resource for every community. They provide access to technology, a wealth of information stacked on shelves, and dozens of educational programs available to people of all ages.

They are also a great place to bring your children to while they are young. Read on to understand why your family should visit the library early and often!

Literacy is Important for Their Long-Term Success

Learning to read and write as a young child is one of the most impactful skills over the course of a lifetime. Studies show that early literacy helps brain development in ways that provides a strong foundation to learn and grow over time.

When you bring your children to the library as a baby or toddler, they are more likely to be far more proficient in understanding text and communicating clearly as they grow older. As they say, knowledge is power!

It Fosters A Love of Learning

By the time your children enter school, having previous experience with the learning process can be a huge help. If you bring the family to the library in their early years, they can begin to love learning — something that will benefit them for years to come.

Those who aren’t afraid to learn or who love to discover new facts are all better able to be more creative, insightful and wise as adults. Letting them see the library as an exciting place of information is essentially giving them the gift of wisdom.

The Library Offers a Variety of Activities for Kids

One of the top perks of local libraries is the wide range of educational, cultural, creative and fun activities that are great for families to do together. Whether you sign up for an arts and crafts workshop, visit during story time, or hear an expert speak about the local wildlife in Colorado, you’ll never run out of unique things to do at the library throughout the year!

Head on over to the Jefferson County Public Library website to get all the latest updates on future events, classes and programs!